If you don’t know the beaches to the west of Tarifa let me explain. Known as Playa de Los Lances it’s a Mecca for kiteboarders and windsurfers, drawing surf dudes and dudettes from all over the world to its 7km long sandy beach. If you take a quick walk through the car parks behind the dunes you’ll see rows of camper vans with number plates and flags from the UK, Europe, Australia and the States. It’s cool, it’s laid-back and life is good.

The main reason that Tarifa is great for surfing is the wind! Staring out towards the Atlantic Ocean the wind is reliable and true – and it blows straight up the beach on most days of the week, and with this wind comes Atlantic swell and waves. Waves that started their life on the east coast of America and  which have rolled uninterrupted all the way to Tarifa. Add in some warm sunshine and the Bohemian lifestyle of Tarifa and you have the perfect home for kiteboarders.

I never get tired of this area of Andalucía. The light, the weather, the food, the ever-changing views – it’s a fabulous part of the world and only an hour’s drive from Gibraltar. If you arrive at Gibraltar airport and turn right you head straight into the crowded tourist resorts of Estepona, Marbella and Torremolinos. Turn left out of Gibraltar and you’re straight in to some of the most wonderful, unspoilt countryside in Europe. I always turn left.

I’ve recently put a photography website together with my photos at www.scarlettiger.co.uk – thanks for looking!

Looking at Morocco from Spain

The view from our infinity pool in the hills above Tarifa looking out to Morocco… that’s Tangiers port to the right and in the very far distance you can just make out the Atlas Mountains. What a heavenly view!

The coast of Andalucía has to be my favourite places. Just half an hour from the tourist grot of Malaga and the Costa del Sol and you’re in the middle of nowhere with a constantly changing view… I could sit here all day watching the clouds and the see and the ships go by.

This photo and others are on Flickr – thanks for looking.

I’ve added a couple of other photos from this series of Infinity Pool shots looking out over the Straits of Gibraltar – take a look here on Flickr or see below:

Before anyone says ‘goodness Simon I hadn’t realised you were so old!’ I’d just like to point out that my Cosmic 35 was already an outdated camera by the time I owned one! I had mine when I was about 9 or 10 years old. I’ll not say exactly how long ago that was but it was well after they went out of production!

The Lomo Cosmic 35 is a wonderful relic and hangover from the great soviet era following the Second World War. It was built from 1963 until 1971 and was marketed in the east as a Smena 8. Rebadged for the west as the Cosmic 35 (remember this was the era when the Russians and the Americans were racing to get a man on the moon) it’s a clumsy camera lacking absolutely any aesthetics! But what it lacked in style it more than made up for in value and functionality. In the 60s and 70s this little camera brought 35mm photography to the masses. It was a fully functional camera with aperture and shutter control. You needed skill and technical know-how to get your shot, and in the right hands it delivered great results.

And this is what made it a great beginner’s camera for youngsters like me. Armed with my trusty light meter, flimsy tripod, bulb flash and shutter release I had everything I needed to learn about exposure, depth-of-field, shutter speed, aperture and ASA. Taking a photograph required a lot of thinking. And this foundation in photography still holds true today.

The 70s killed cameras like the Cosmic 35. The 70s was an age of plastic tech and convenience. I remember my mum having a Boots 110. The tiny film wasn’t loaded, you just clipped a cartridge into the back of the camera. The camera was super stylish and wouldn’t look out of place in the hands of Roger Moore in Octopussy. Roll forward a few years and the Japanese Olympus Trip took the market by storm. All of a sudden everyone could be David Bailey. Who wanted a Cosmic 35 when the brilliant Trip not only did a fantastic job but looked the nuts too?

For a bit of nostalgia I think I’ll buy some film and take the Cosmic out for a spin. Watch this space for some old school Lomo photography.

Early morning on the South Downs

Autumn is my favourite time of the year. The light and the mist can be magical and best of all, sunrise is at a reasonable time that doesn’t require getting up at silly-o’clock to catch the first light of day! This photo was taken at Heyshott in West Sussex, the mist swirling over the hills is the foot of the South Downs. I cannot think of a better place to live and work. To those that say that Yorkshire is God’s own country I say think again!

If you have time please view this photo at full size on Flickr. Thanks for stopping by.

Trees in the mist

Here are two photos from my commute to work this morning! Couldn’t help myself – had to pull the car over and run amongst the trees taking photographs of the mist and the grey autumn sunrise. My local woods are Severals Woods near Midhurst in Sussex. And the good news is I made it to my desk in good time!

Thanks for looking. This photo and others are on Flickr.

This is a monster of a haystack! 25 feet tall and built with great care an precision… I came across it behind the village of Lavant in West Sussex after the field had been combined and cleared. The next day it had gone.

See this photo and other on Flickr. Thanks for looking.

Morning mist on the first day of Autumn

Here’s a photo from early morning on 1st September 2018… one of those perfect Autumn mornings when the mist settles under the South Downs, the trees are turning and there’s a nip in the air.

This spot is literally a stone’s throw from my front door – I’ve been waiting for the right conditions and the season changing to get the shot. It’s taken years! Got to love Autumn… view this image at full size on Flickr.

A cold February afternoon outside Billy’s on the Beach at Bracklesham Bay. That’s the Isle of Wight in the distance, with the sun shining on Bembridge and Foreland.

Time to head indoors for some of Billy’s fine tea and cake!

View this photo on Flickr. Or better still take a look at my photo portfolio over at www.scarlettiger.co.uk. Thanks for looking.

Thin winter sunshine, and cold. Dell Quay’s abandoned wreck. There’s something strangely optimistic about her, standing upright as the tides come and go.

Join me on Flickr. Or take a look at my weekend photography website at http://www.scarlettiger.co.uk. Thanks for stopping to look.

A tree hiding on the other side of the hill. Autumn field, steely sky and a chance pool of sunshine.

No Photoshop work on this one, it’s pretty much as it came out of the can. Driving along the busy Midhurst Petersfield Road and as luck would have it the sun was shining and the sky was grey… Nice. 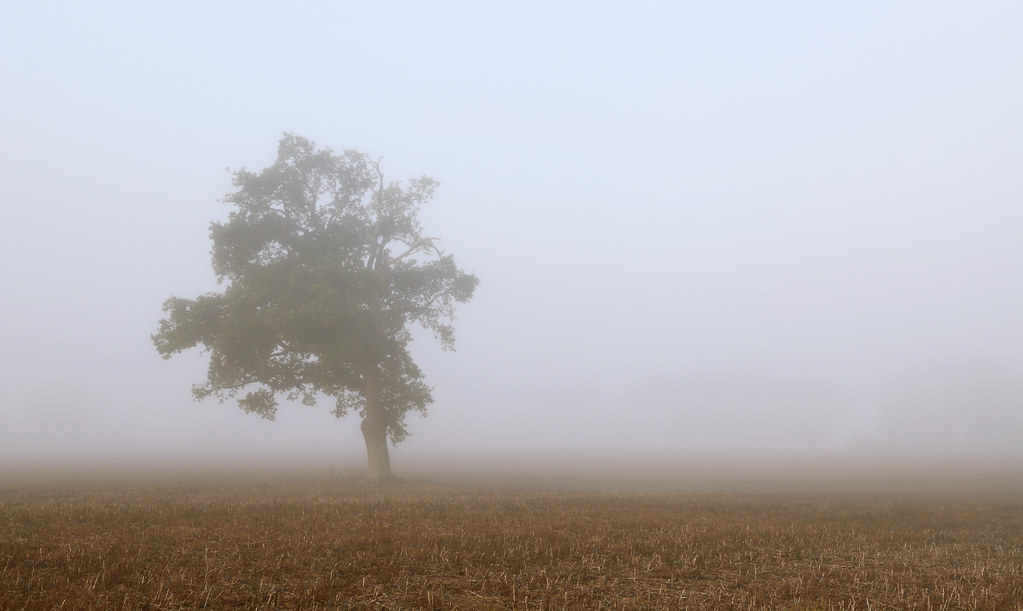 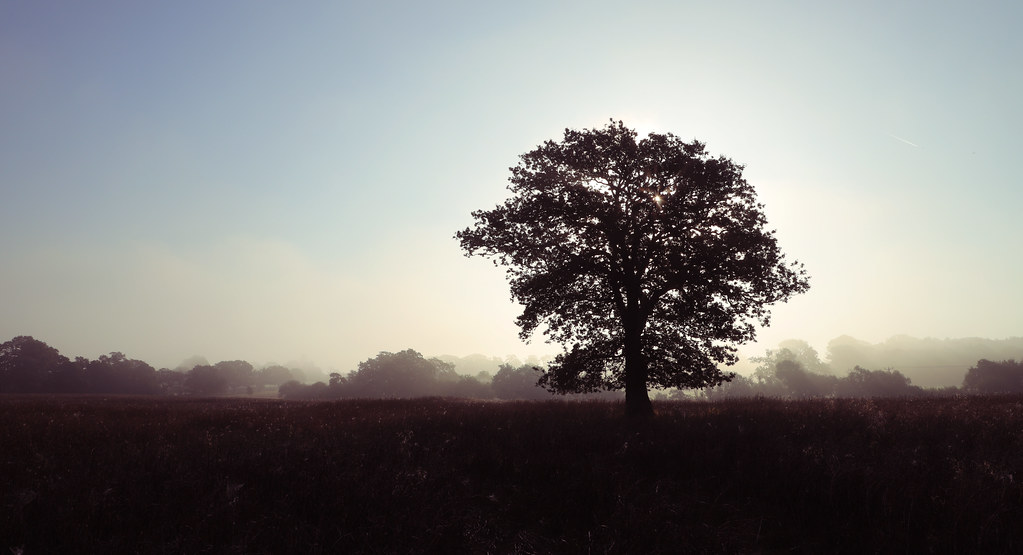